As well as being CEO of Donaldson Interiors, Gerry Watson has also been the Managing Director of Kitchens International for the last 28 years, which he co-founded in 1994 along with Paul O’Brien.

After the acquisition of KI by the Donaldson Group in June 2021 and the creation of the interiors division, Gerry took on the role of CEO of this division in February 2022.

Gerry started his working career with a Timber importing and sawmilling business (and so he feels he has now gone full circle!) After working in that business for 4 years, he was then given the opportunity to run an existing retail kitchen showroom and develop them into the contract market which is how he was introduced to the kitchen business. He then moved onto to Magnet as branch manager for one of the largest branches in the UK, and a few years later co-founded KI.

In his spare time, he enjoys spending time with his partner, kids and grandkids, as well as playing the odd game of golf, cycling and walking. 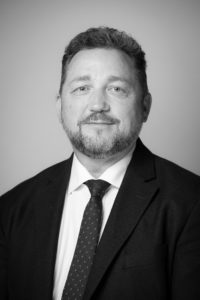